Ellie Mae is the leading cloud-based platform provider for the mortgage finance industry. We caught up with Sara Holtz, Ellie Mae's Senior Manager, Internal Communications to get an exclusive insight into their intranet project.

Their technology solutions enable lenders to originate more loans, reduce origination costs, and shorten the time to close, all while ensuring the highest levels of compliance, quality and efficiency. Since 1997, a commitment to customers, strong core values, and passionate employees has fueled their success.

Therefore it was great to talk to Sara Karam Holtz, Senior Manager, Internal Communications at Ellie Mae about how they have gone about planning for, launching and driving forward their new digital workplace strategy.

To start with, as Holtz told me over a coffee in Chicago (where she spoke at the Digital Workplace Experience Summit), their culture is strong with employee-centered values, which defined their intranet's focus: "We are a high tech company with strong core values. When you talk about an intranet product, you want something that feels high tech for employees and also maintains and fuels employee engagement. So that was our goal."

An extra challenge was figuring out how to use technology to balance their culture and rapid growth, while not disrupting staff from accessing quality information. As she continued, "We wanted to deliver a single source of company information where people knew to go and how to use to get the information they needed."

Digging a little deeper, they had outgrown their old intranet 'skins' and also had to bridge multiple collaboration tools across different organizations. Hence, there was an underlying consensus building that needed to happen if the new digital workplace was going to succeed.

Rather than tackle that thorny problem head on, Holtz and her team took a more tactically practical approach: they split up their intranet planning into two distinct phases. As she explained, "Phase one became creating a single source of information for company information people wanted to go to, and phase two will tackle the collaboration issue."

The team met with Ellie Mae President and CEO Jonathan Corr to confirm a split of focus was the right thing to do. Holtz said: "we needed him to buy into that we are only going to solve for one problem, which is to create a single source for company information and he agreed 100 percent.”

With the CEO on board, a task force was set up and the rest of the executive team backed the project, with each department having their own representative input. As a top-down approach, it meant everyone was "on the same page in terms of what we going to deliver, what problem we were going to solve, and what we were building together... it was very clear."

On the face of it, what might appear a taxing process was in hindsight a crucial moment in the project. With clear objectives and matching expectations, she moved forward showing the task force through workshops "the art of the possible of what we were going to develop." The process brought people together and generated excitement.

Once nailed down, Holtz also said their partnership with departments was essential for success in the intranet design and launch. One example was in deciding what content to migrate for departments, and what content to leave in the old sites. Holtz, in a matter-of-fact-way, told me "if we were able to fix it, then we did so. But if moving content became a stumbling block to our launch, then my recommendation was to separate it out... and that collaboration happened very effectively."

Holtz and her team also invested a lot of effort in Ellie Connect's launch. Although over 70 percent of employees regularly attend all company meetings, they went one step further and gave a willing CEO Corr the starring role in a "Mission Impossible" video teaser and scavenger hunt game. As Holtz explained, they needed to find a "fun way for employees to learn the site. And so it was a series of clicks. Six to seven clicks and they would literally go start with the email, and we had developed pages in Unily, like 'you're on mission two', and then it would talk about whatever feature we were talking about, and we buried clicks in pages throughout the site." 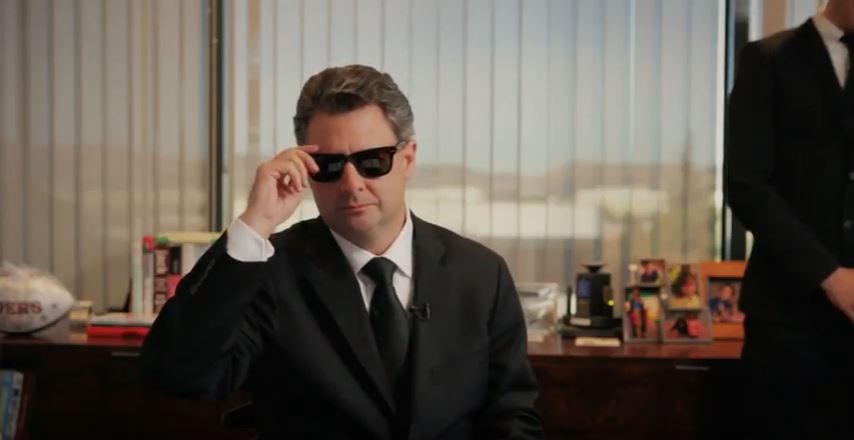 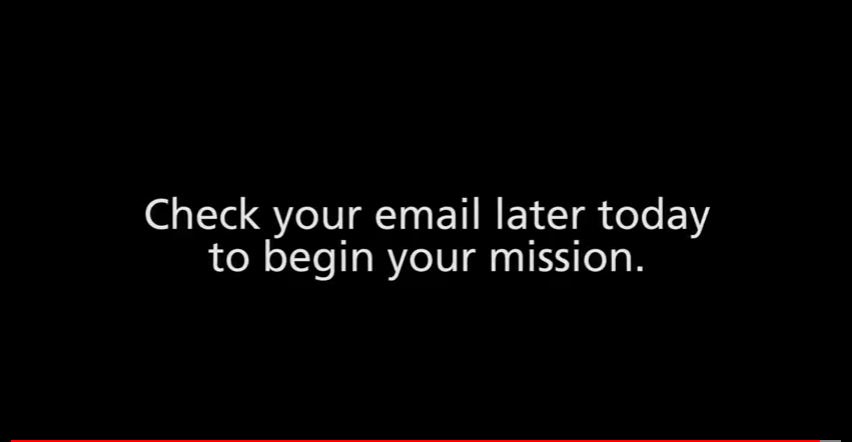 After the exciting launch, Holtz turned to simple things like news. "Our internal news feed was and is a huge component of the site. Prior to that, we'd send all staff emails all the time. Emails were now converted into articles." Giving employees better publishing tools proved another powerful feature. "The insights and blogs gave employees their own voice."

But as Holtz explained, publishing is never self-sustaining. Her team had to find new ways to nurture staff to continue writing. "We had a flood at first. It did trickle off, and so now we're doing more campaigns to get people talking again." While more staff do now write about what they're working on; projects they're excited about; what’s happening in the company, Holtz keeps a very close eye on what is going on, "as with everything else, it wanes a little, so now I track data very closely".

Now eight months on from Ellie Connect's launch, looking back, what worked? One thing, as she told me, it’s given Ellie Mae employees a huge opportunity to have a greater voice. In particular, the motivation of Ellie Mae's significant engineering population has started to change. Now "they're starting to say 'hey, its not just our organization who can benefit from this, let’s get it out to the rest of the company’."

Another success not seen before is the Cheers for Peers feature -- a way for staff to say a thank you for the help or impact a colleague made on a project. Featured on Ellie Connect's home page, Cheers for Peers has gotten really good results. They've had "over 400 in a matter of months... You say thank you to somebody, and if you take that extra effort and go to the home page and give somebody a shout-out, its like you're putting your money where your mouth is. People really appreciate having that avenue." 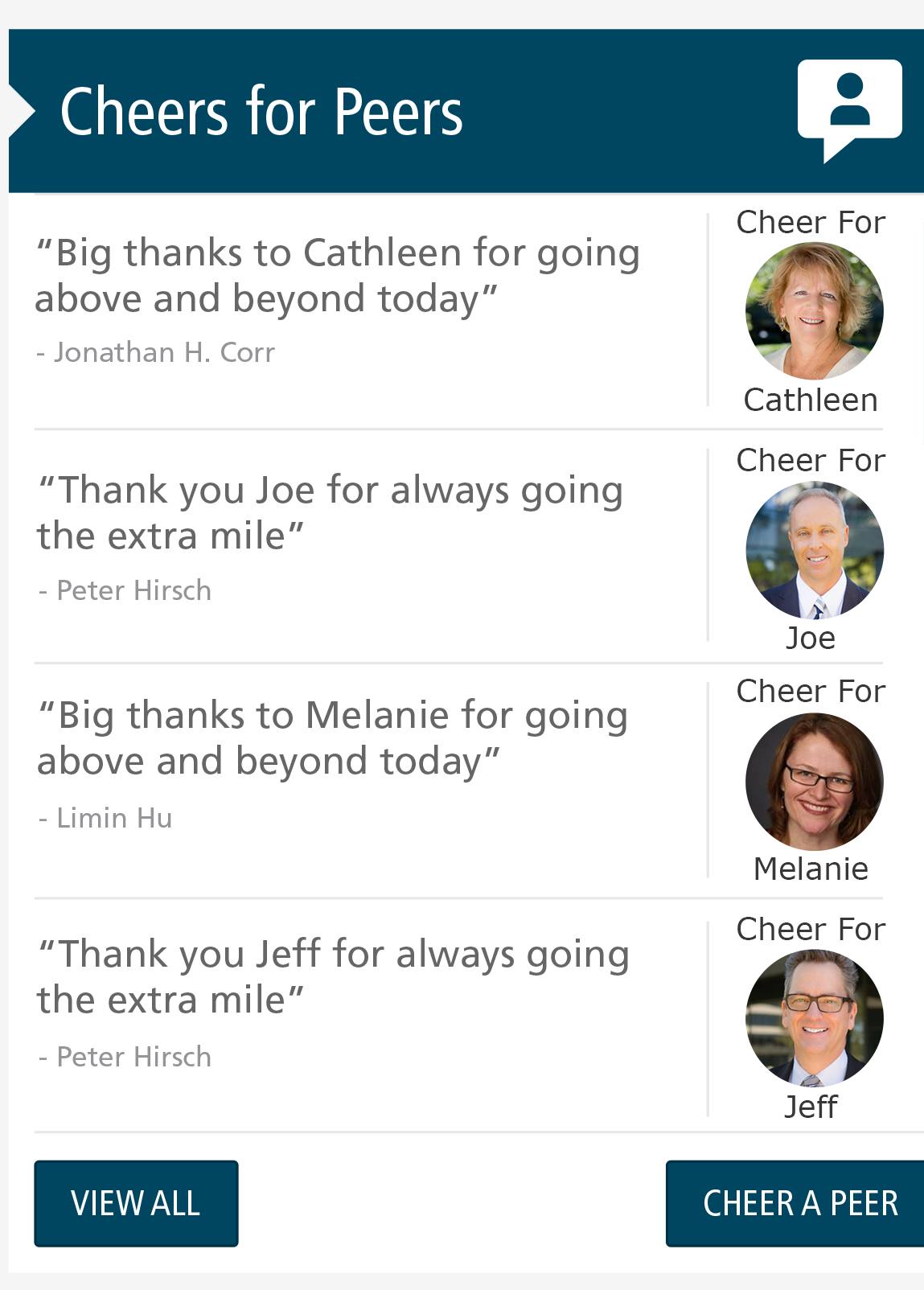 Ellie Connect has also helped foster better and more efficient connected employee groups, versus a bowling or basketball league organized through cumbersome emails. The company intranet allowed employee groups to function and form more easily and helped encourage new groups to form. Holtz explained what worked: "We were able to develop dedicated pages to the employee group where they could promote the information they needed, generate opt-ins for their emails so they're not sending global emails."

With some sixteen groups -- ranging from everything including a chess club, a photography club, to a women in leadership group -- they have helped epitomize the positive impact technology has had within Ellie Mae -- giving more employees a voice and greater freedom in what they are able to access and publish. "That was an amazing story about how the technology has enabled employee engagement." Surely a successful conclusion for the Ellie Connect vision that Holtz and her team had set out to achieve.

Click here to continue our leadership lessons series with our exclusive interview with Amec Foster Wheeler's Head of Corporate Communications, or Talk to us to see how we can make your intranet a success from launch, all the way to driving on-going adoption.

Where next? Latest insights.

We're bringing our exclusive Intranet Masterclass to San Diego, CA. In this FREE seminar co-hosted with Microsoft, we’ll show you how to supercharge employee experience with an intranet.

We're bringing our exclusive Intranet Masterclass to Los Angeles, CA. In this FREE seminar co-hosted with Microsoft, we’ll show you how to supercharge employee experience with an intranet.

We're bringing our exclusive Intranet Masterclass to Berlin. In this FREE seminar co-hosted with Microsoft, we’ll show you how to supercharge employee experience with an intranet.